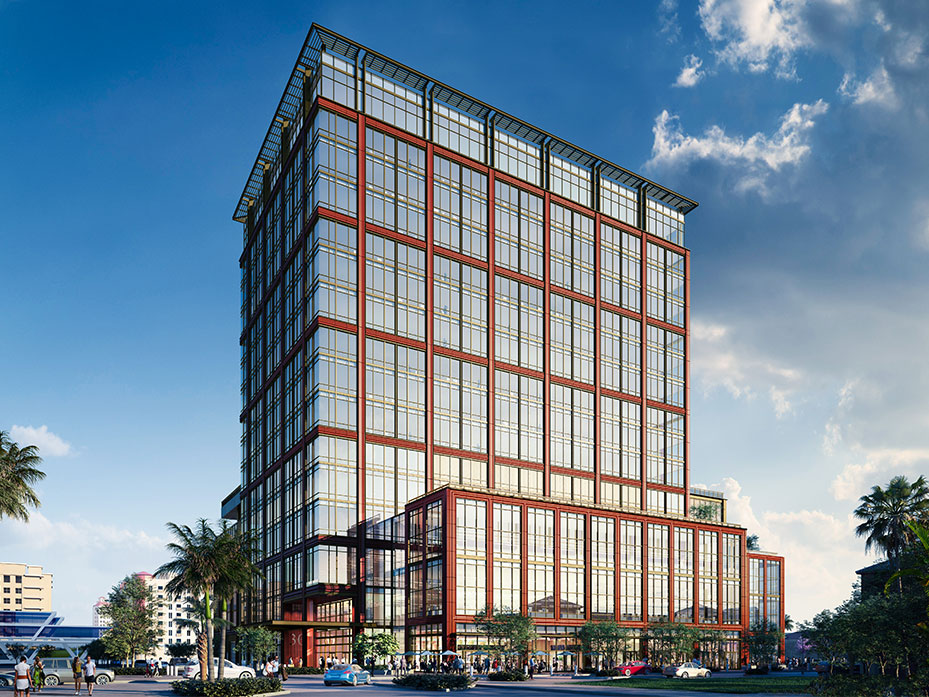 As a follow up to the wildly successful CityPlace Tower, Jon Blunk was retained by Related (NY), to again lead the pre-leasing efforts. 360 Rosemary is the first new office development to begin in WPB in the last 11 years. Pre-leasing thresholds where set 40% and $45 Net rents. Tower began marketing the development in March 2018. Major office deals where signed with Comvest, Norwest and Lewis Longman Walker. As 2019 comes to an end three more deals are at execution stage meeting pre-leasing thresholds.

360 Rosemary officially broke ground in May, 2019. Vertical construction has commencement with delivery slated for May 2021. Pre-leasing rates have moved from $45 Net to $50 Net representing the highest rents south of Washington D.C.

Strong leasing efforts continue through construction with a target stabilization of 90% at time of delivery.