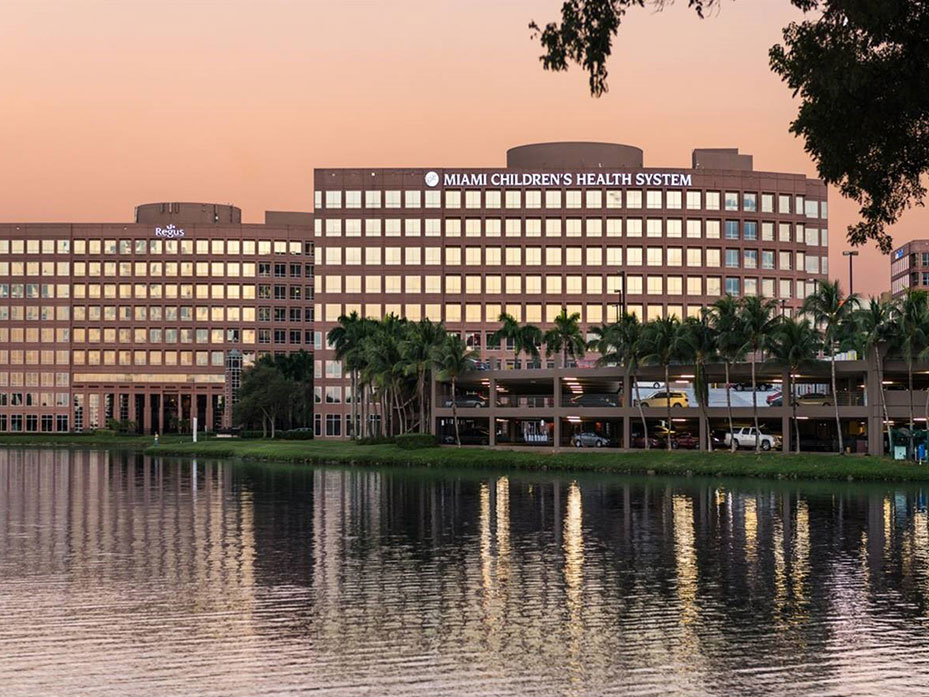 Waterford at Blue Lagoon is the premier suburban office park in South Florida. Begun in 1980, the vacant land and 5 existing low rise office buildings were purchased by Nuveen (TIAA) in 1987-1988. The Hogan Group was retained at that time to develop, manage and lease the park. When Nuveen and Hogan built the initial building, 5200 Waterford, it was the first class “A” building to be built in the Airport West submarket. Traditionally, Coral Gables was the home of multinational corporations Latin American Headquarters. These were the types of tenants being targeted at rates in excess of those being achieved at the time in Airport West. The challenge was to introduce a suburban class A office park to a market where none existed. Over the ensuing 30 year period, Nuveen and the Hogan Group developed 11 multi-tenant office buildings and one build to suit office building for Burger King Corporation’s world headquarters.

Stephen Smith and his team Established Waterford as the premier office park in South Florida, achieving rental rates and occupancy well in excess of the market. When the 250,000 sf 5200 Waterford was built on spec in 1990, there were no other class A office buildings in the Airport West market. It was a completely untested product in that market. We were able to achieve stabilized occupancy at rates in excess of pro-forma, within 18 months of opening. Subsequently Nuveen/Hogan constructed 10 additional multitenant office buildings on a speculative basis. Steve and his team were able to lease up the buildings to stabilization at higher rates than were underwritten, with 12 to 18 months of opening. The only exception being 1000 Waterford, which opened in 2009, in the depths of the financial crisis. However, Steve and his team were able to lease the building to st