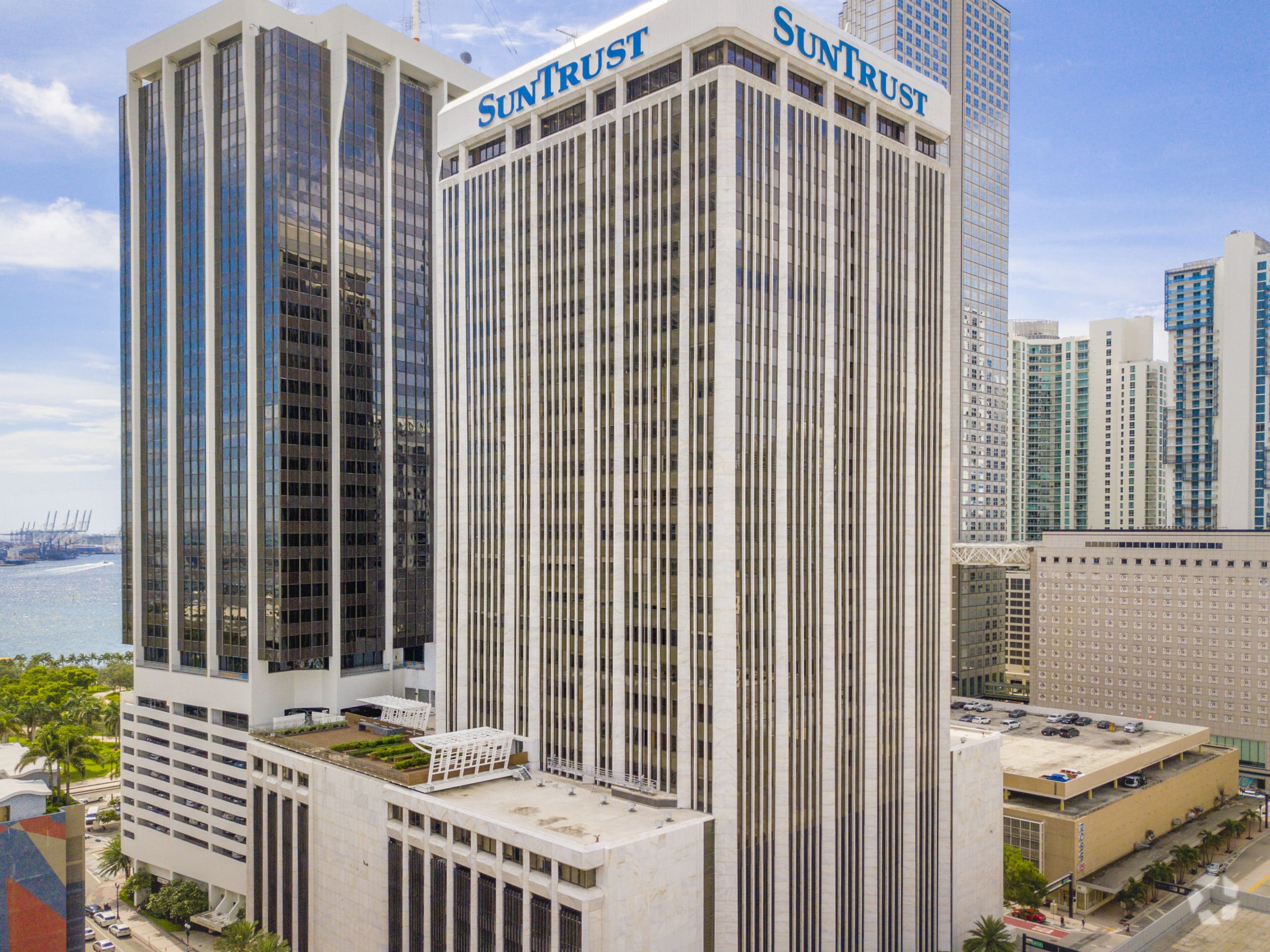 As an iconic building on the Downtown Miami skyline, originally developed in 1973, SunTrust International Center was always marketed as the “value play” amongst its competitive set. The previous leasing agent was marketing the building as a Tier III building asking $23-$26 gross (2011). The building would also require a significant renovation to bring it up to Class A standards and compete favorably with Tier I and Tier II buildings in the Downtown market. In addition, Akerman LLP was known to be relocating to a recently developed office building at Brickell City Centre and vacating approximately 120,000 sf creating a significantly large vacancy. Also, the 9th floor contained a challenging section of windowless space that was underwritten as static vacancy.

The current leasing team was retained to reposition, rebrand and re-lease the building during a planned extensive $15 million renovation. Selling the vision of the proposed renovation and the addition of several new amenities such as a high-end gym, conference center and outdoor terrace, the leasing team immediately moved rental rates to $30-32 Gross prior to renovations (2012). Recognizing the trend that tenants were seeking flexibility and modern move-in ready spaces, a spec suite program was implemented and marketed to brokers and prospective tenants. Several vacant full floor spaces were constructed with efficient layouts and modern Class A finishes with spaces ranging from 1,500 SF-3,000 square feet. These spaces were marketed to smaller users that were willing to pay a premium for the modern design and eliminate the often lengthy and costly construction process. The spec suites leased up quickly and are currently 100% leased.

SunTrust International Center is currently achieving $40.00/sf rents, outperforming buildings with due East views by $2-4/sf and is viewed as one of the premier and most amenitized buildings in the market. The focus on driving value with increased rental rates along with the successful renovation program allowed ownership to achieve their objectives and provide and increase in asset value for its investors. The building traded in 2018 for $127M ($288/sf), which was a 54% increase from its prior (2011) purchase price.